The consequences of witchcraft accusations in African hospitals

Witchcraft beliefs and witchcraft fears have proven to be one of the most persistent and enduring elements of the traditional African worldview. Its consequences can be profound. This post offers a short overview of these consequences, and why medical doctors in African countries should be aware of them. Over the past few years, there has been an increase of witch-hunting and, subsequently, major violence to combat witchcraft in Africa. When sickness or death takes place in a family, someone else is usually blamed as being the cause of this misfortune. Often children are accused. These so called ‘Child-Witches’ face severe human rights abuses, including imprisonment, banishment, the destruction of one’s property, excessive fines, torture, and murder. Once stigmatized as a witch there is virtually no way out of the cycle of abuse, as no one dares to intervene out of fear of being branded as a witch themselves. In an environment where the common belief is that witchcraft is the major cause of disease and death, people will often refuse to go to a clinic when medical problems occur. Instead, fear will have the sick seek out a medicine man or prophet, who will identify the guilty witch as being the cause of the trouble. Receiving appropriate medical care is a secondary concern. As a consequence people will only go to the hospital in the last stages of their illnesses when the medicine man/prophet has failed to cure them. By this time the disease has progressed to a stage where conventional medicine might not have successful treatment options anymore. Furthermore, the children that are accused of witchcraft endure major physical and psychological abuse and mistreatment. For instance they get chained and are being tortured to extract confessions or they are bathed in acid, burned or buried alive. Therefore, it is very important that doctors in Africa realize that when children arrive at the medical facility that appear to have been tortured, the accusation of witchcraft and its consequences might have been the underlying cause. This topic is also important for neurosurgeons in these countries, as they will be involved in the treatment of trauma cases that might occur as a consequence of this phenomenon. From their position, they have the ability to support the well-being and future of these children; they can provide adequate information to the parents and family regarding the etiology of diseases, and explain that such misfortune is not related to witchcraft. Hippocrates describes in “Of the Epidemics”: First Do No Harm. These Child-Witches did no harm, and they deserve a better future than life currently offers them. Hananja Stael, MD Across-Outreach.org 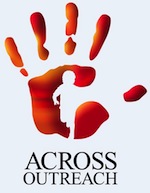